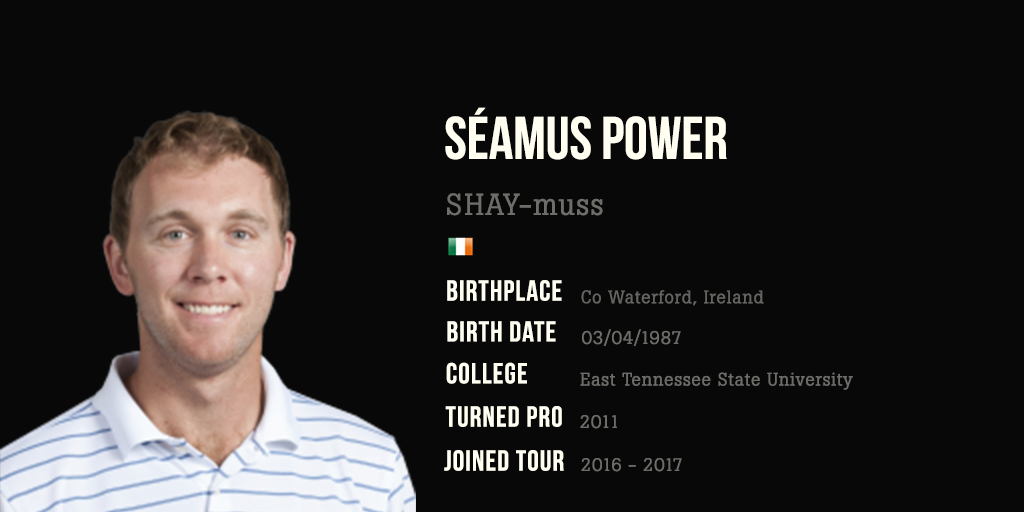 The friendly Irish Tour pro from West Waterford who has climbed steadily through the ranks of the Web.Com Tour in the US where he won the 2016 United Leasing & Finance Championship. He has since gone on to play for Ireland at The Olympics in Rio to now playing with as a fully-fledged PGA Tour player.

Hat tip to journalist Brian Keogh who found this. Just in case the USA golfing public struggle with how to pronounce his first name the PGA Tour kindly gave some sound advice.

When Séamus arrived to his very first start on the PGA Tour, the Safeway Open in Napa Valley, California. His first ever sponsored car was waiting for him. No more queuing at the rental car counter… 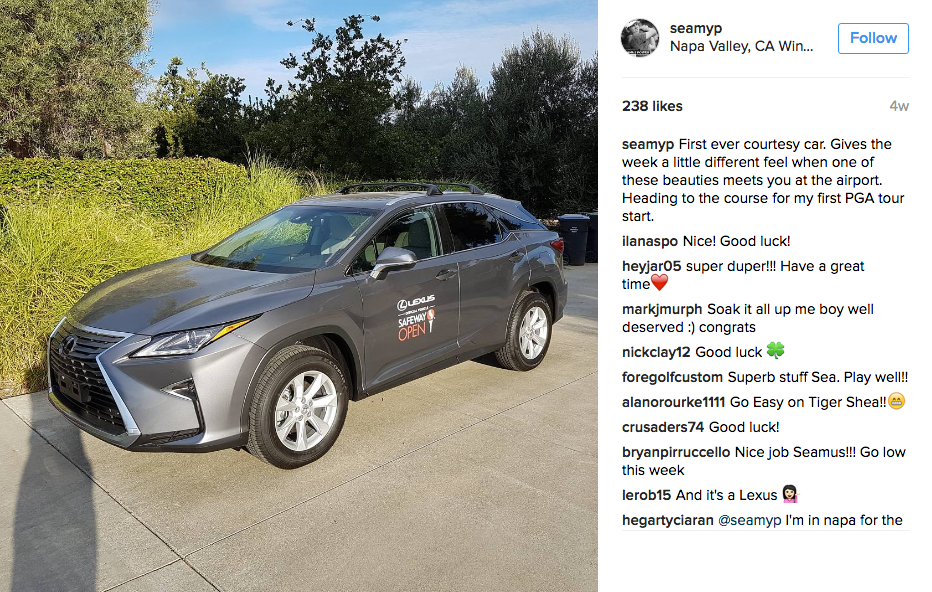 On his first ever practice round he then went an holed out on hole #11 with a well-judged 8 iron from 181 yards out. 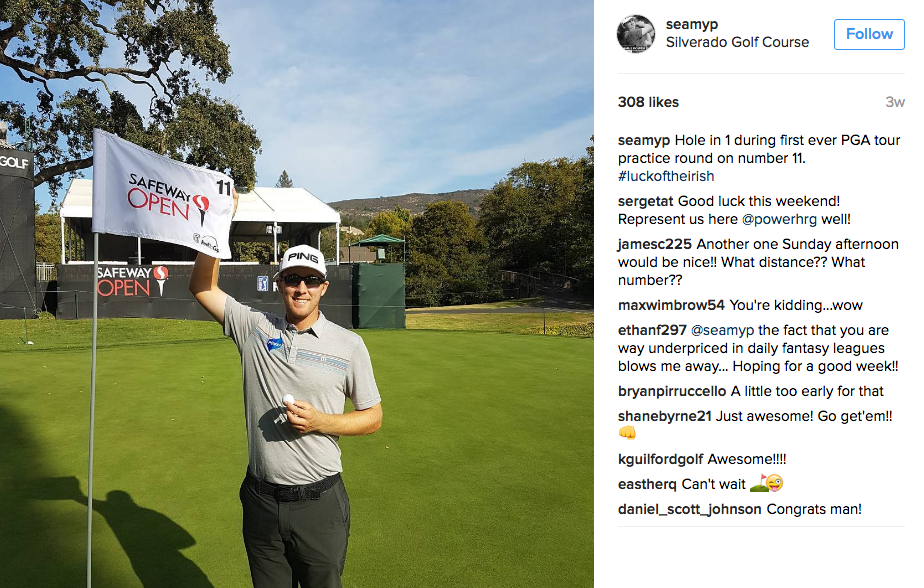 After just a few tournaments, Séamus is lying 18th in Driving Distance on the PGA Tour averaging 306.5 yards off the tee and has a scoring average of 71.4. His best finish so far this season was just inside the Top 30 at the recent 2017 Sanderson Farms Championship.

We really wanted to give credit where credit is due. He’s a great guy,  hard grafter not to mention an exceptionally tidy golfer.  Follow him online and show Séamus your support.